They are all water caps. What is the difference between these bottle caps?

Water is the source of life. Bottled water is known as the healthiest drink for its absence of any additives and preservatives, and is favored by consumers.Bottled water sales continue to grow, bringing strong demand to the water cap production market, so the question is, the wide variety of water cap market. What is the difference between these bottle caps?

The 3025 model accounts for about 80% of the Chinese bottle cap market. In supermarkets or shopping malls, 3025 bottle caps are mostly used. From the perspective of market share, there is no doubt that the 3025 bottle cap is the dominant market and one of the most mature bottle caps. The current 3025 caps generally weigh 1.8~1.9 g and have a top thickness of about 0.7mm，Adopt 3-section threaded structure, sealing structure adopts both internal and external plug, anti-theft ring adopts 5-section lock buckle structure, standard cover anti-slip teeth for 90 teeth。The characteristics of 3025 model bottle cap is characterized in "easy to use", easy to produce, easy to open, easy and generous, and the caliber is suitable for drinking.

The 2925 model cap also appeared for more than 10 years, the basic structure consistent with the 3025 cap, significantly features the 3025 cap, lighter cover, smaller caliber, the standard 2925 cap generally around 1.25g, the improved 2925 cap is about 1.5g, and the cap anti-slip teeth of 72 teeth.The advantage of 2925 bottle caps lies in the low cost of energy conservation and environmental protection, but the production loss rate is high, and the consumption experience is slightly worse.

The 1810 model is mostly used for beverage bottle mouth, the cover diameter is less than 3025 and 2925, also known as 28 bottle cap, the weight is generally about 2.4 grams. It adopts broken-tooth thread structure, thick cover, strong pressure resistance, anti-slip teeth are 120 teeth, opening friction is small, but the opening torque is large.The use environment of the 1810 bottle cap is mostly high altitude, mainly to prevent the possible impact of air pressure on the bottle cap seal. 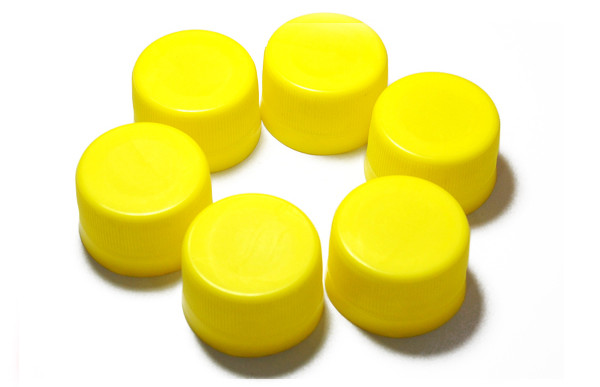 According to the cap data, the essential difference between several bottle caps is only "high-short-light-heavy", and the weight of the cap is precisely proportional to the price of the cap.Whether a bottle cap can become the mainstream of the industry ultimately depends on the balance between production and consumption links. It should not only consider product safety and production cost, but also pay attention to consumption experience and cost performance.In today's increasingly fierce competition for bottled water, the continuous lightweight of 3025 bottle caps or similar non-standard lightweight bottle caps may be the future trend.